Listening to: nothing
Current mood: sleepy 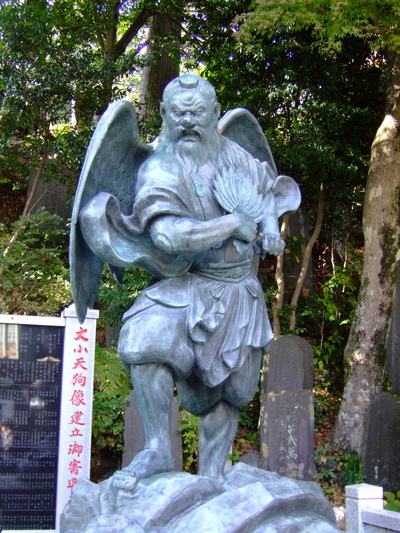 Today we finally managed to get out of the city a ways and did a bit of hiking on Mt. Takao (Takaosan in Japanese). We hopped on the Keio line here in Shinjuku and rode about 45 minutes east to Takaosanguchi station. I'll tell you, I wasn't expecting that much of a hike. From the cheerful and adorable website I thought it would be an easy bit of walking, but if you opt not to take the cable car up (and really, even if you do), and depending on which trails you take, it's a pretty burly hike. And I'm from one of the hikinger areas of the world (or the US at least) so I ought to know. 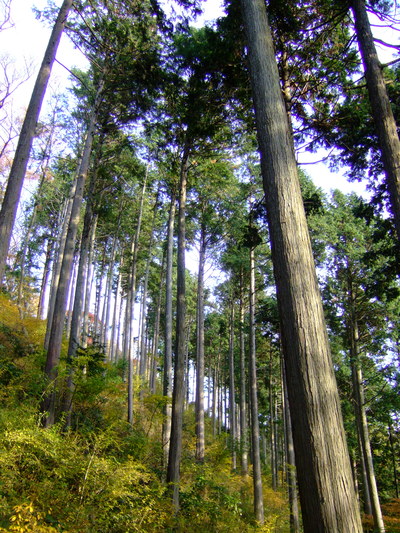 But regardless, Takaosan is beautiful. In part we went up in hopes of seeing the fall foliage and we were not disappointed. It was all sorts of autumn up there. There's also several shrines and a temple (because it's Japan so there's also always a shrine and a temple) and food stands (we had some fantastically good yaki dango... they're like if toasted marshmallows were savory instead of sweet) and little Jizo statues all along the trails and monkey park that we didn't go to because it cost 400 yen each, and all kinds of fun stuff. It was pretty great. It was also totally mobbed with people on the main trail, despite being a tuesday. I bet it looks like Shinjuku Station up there on the weekends. We took a much less traveled (and much, much rougher) trail back, and saw maybe a dozen people total on the way down (as opposed to the literally hundreds, possibly thousands on the way up), which felt more like hiking back home. 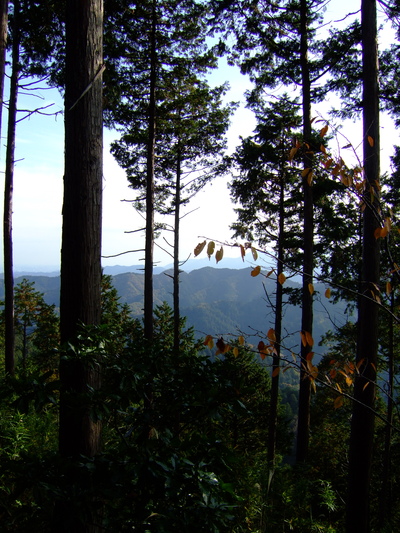 Oh and did I mention that views from the top are fantastic? Because they are.

Anyway, after we made our way down and I scored a pin with a tengu on it from a vending machine (which I wore the rest of the day, thank you very much) we headed back to Shinjuku. Since my shoes still had a hole in them (which had acquired an impressive quantity of mud during the hike) we went out to get me some new shoes. Which was easy enough. We popped into the ABC Mart on the northeast side of the station and they had really cool pair of green hightop canvas Pumas for a mere 3900 yen, so I snapped them up. After that we made a quick stop at Donki where I picked up a copy of Puyo Puyo 7 that I had had my eye on for a few days.

Then we finally headed out for dinner and ate a katsu place under the bank next to our hotel. After the hike (which was at least 5 miles, possible more) I needed some serious food so I had the jumbo katsu curry, which could have also been called the trough 'o katsu curry. It was really outstanding stuff but I think the waitress didn't really know what to do with a couple of gaijin who could hardly understand a word she was saying. (I do know a bit of Japanese, but wait staff always speak in humble form and at extremely low volumes, so I can never understand anything they're saying). Ah well, hopefully we weren't too boorish, and the food was great.

And now I am writing a post, and I am very sleepy from a day of strenuous hiking. And that about does it. Tomorrow we're going to the Tokyo Sea Life Park because aquariums are awesome.